Everything You Need to Know About Residential Solar Power System

Home » Everything You Need to Know About Residential Solar Power System 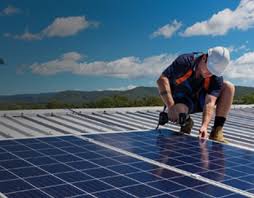 There are two main types of residential solar power systems, self-contained and grid-attached. Self-contained systems are the most practical, but require extra maintenance and a large capital cost. Most people install a grid-attached system, which allows them to sell excess generating capacity to the utility while drawing power when the solar system is not producing. However, there are some major benefits to both types of residential solar power systems.

Using solar calculators is a good way to determine the amount of electricity that a solar panel system will produce. Some are based on satellite images of the roof, while others are based on calculations using a satellite image. The key to solar power is sun exposure, but not all regions receive the same amount of sunlight. It’s crucial to find out what solar radiation your area receives, and plan your solar panels accordingly. Even if you live in a sunny region, consider adding battery backups in case you don’t have the necessary energy during the day.

The costs of installing and maintaining solar panels have reduced considerably in recent years. However, they remain a major cost factor. Most homes with ample sunlight receive the most benefits from installing residential solar power systems. Although solar power is cheaper than utility electricity, homeowners should consider the social and economic aspects of the installation before making the investment. Despite its costs, residential solar power is an excellent option for homeowners with the capital to purchase and install the equipment. And if you can afford it, installing a solar panel system can help you save money on your electric bills while at the same time promoting a green lifestyle.

Although the panels themselves do not require much maintenance, it is important to keep the panels clean to keep them functioning properly. Bird droppings and dust can reduce sunlight hitting the panels. This can reduce the amount of electricity produced by a solar system by up to seven percent. Therefore, it is important to keep the panels clean and free of debris. However, you should be aware that a solar power system is not a foolproof solution. Even though the panels don’t have moving parts, they still need occasional inspections to ensure that they are functioning properly.

The installation costs have come down significantly over the past few years. Unfortunately, not all markets recognize the benefits of residential solar power and the tax incentives won’t be enough to sway homeowners. Nevertheless, the price of solar power is expected to decrease over time. Moreover, solar power is becoming cheaper each day because of improved manufacturing techniques. However, there are still many risks of installation – some people can’t afford it. That means homeowners should be patient and do research first.

A homeowner’s utility rates will fluctuate based on the time of the day. However, some utilities do offer tiered pricing plans, which means that the marginal price of electricity will increase as the season increases. If solar power becomes a valuable resource, then the utility will reward its customers with higher rates. Depending on how much electricity a home uses, it could have a significant effect on the cost of electricity. These utilities can increase or decrease rates as their customers buy solar power.

The most affordable and widely available type of residential solar power system is the roof-mounted system. However, this type of system may not be right for some types of roofs, such as old ones. Fortunately, these panels have a twenty or even longer lifespan. They are even able to withstand high wind speeds. And they are also a great way to reduce your carbon footprint. Ultimately, solar power systems are an excellent solution to the rising cost of energy.

Most residential solar systems send their DC output through an inverter or transformer before being used as household electricity. This transformer transforms the DC output into 120-volt, 60-Hz electrical current. However, in de Decker’s experiment, he converted his devices to directly use 12 volt DC, requiring a different power cord. In the end, his modest array was not enough to power his entire office. He purchased a $1 million insurance policy against power loss due to a solar system failure.

No comments to show.